On March 11th GoodLife fitness personal trainers in Toronto, Ajax, Peterborough and Oshawa voted to ratify their first renewal contract with GoodLife. This contract builds off the hard fought first contract signed in 2017 and provides better allocation of incoming leads for trainers to be able to build up a strong roster of clients without fear of favouritism by management. This contract also addresses issues with the leveling up (promotion) process, and allows new trainers to attend mandatory training courses without having to pay for them. Fitness professionals Union will continue to fight to push GoodLife to make some real improvements to the wages of personal trainers for their next contract.

The workers from these two Oshawa locations join 50 clubs in Toronto, Ajax and Peterborough who have already joined Workers United to improve their working conditions and ensure fitness professionals get the respect they deserve.

This settlement sends an important message to GoodLife and to the fitness industry as a whole: all work must be paid.

via the London Free Press:

Canada’s largest fitness chain, headquartered in London, will pay $7.5 million to its non-management staff after a two-day mediation in Toronto averted the class action suit going to trial.

“We are thrilled with these results. We are very happy more workers will be paid what is owed them,” said Adrie Naylor, union representative with Workers United, representing GoodLife employees.

The Union negotiated and ratified a collective agreement with the employer in December, after 13 months of talks and 30 bargaining dates.

“It sends a message to GoodLife and the fitness industry that if someone works for you, you have to pay them,” said Naylor.

“GoodLife is a very wealthy company. Its workers should be compensated.” 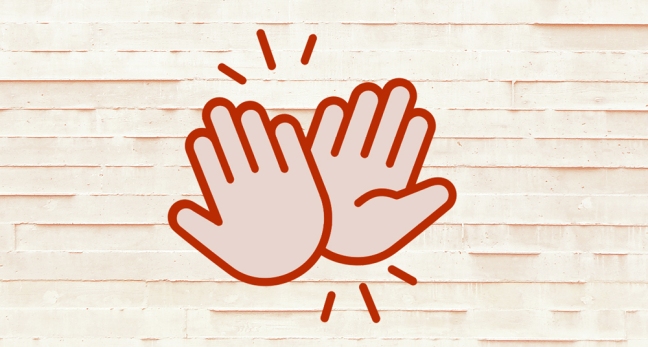 On Monday evening, Personal Trainers at GoodLife Fitness in Toronto,  Ajax and Peterborough voted to ratify the first union contract in the North American fitness industry.

In 2016, nearly 650 trainers in Toronto, Ajax and Peterborough formed the first fitness professionals’ union in North America. Now, they have reached an agreement after over a year of negotiations with their employer. During the course of their negotiations, trainers received support from hundreds of GoodLife clients and members who endorsed their #RespectFitnessWorkers campaign.

“It wasn’t easy, but we’ve made historic gains in this first round of bargaining,” says Danesh Hanbury, a Personal Trainer and bargaining team member from the Toronto Yonge & Dundas club. “We’ve moved forward on our major issues of paid sick days, unpaid work, and favouritism by management, and we now are able to protect our rights in the workplace by having a collective agreement in place.”

“We were able to push GoodLife to make company-wide changes even though only 25% of GoodLife Personal Trainers are currently unionized. Imagine what we could do if we had even more strength in numbers,” says Personal Trainer Mark Cleary, a bargaining team member from the Peterborough Portage Place club.

In addition to approving their first collective agreement, members of the Fitness Professionals’ Union voted to approve a strategic plan that charts a path to build collective power for the future.

“By building deeper unity and organization among workers in each club, we can make our jobs better and support each other. We want to set new standards for the industry as a whole and raise the bar for everyone,” says Bree Munno, a Personal Trainer and bargaining team member from the Toronto Bloor Park club.

All workers have the right to work safe.

Nyasha has worked at GoodLife for almost 6 years. She started as a member, then became a fitness instructor, and a personal trainer. She’s been recognized as a Top 500 employee.

Due to workplace injuries, she is now physically unable to do her work. If she had paid sick days, and the opportunity to heal, her circumstances could have been much different.

Our health matters. We can raise the bar by working together to hold the company accountable, ensuring that GoodLife is a safe, healthy and fair place to make a living.

Listen to Vidya’s story and her call to action.

Fitness instructors put our bodies on the line every single day. Our health and safety matters. When we get injured, we deserve the same protections as other workers. It’s completely unfair to exclude us from workplace safety insurance (WSIB) coverage.

We’re organizing together to change this.

Personal Trainers at GoodLife Fitness took to the streets on Sunday, September 24 at 11:00 am with their supporters and clients in a “Fun Run for Paid Sick Days” as part of their Respect Fitness Workers campaign.

Last year, nearly 650 trainers in Toronto, Ajax and Peterborough formed the first fitness professionals’ union in North America. They have negotiated with GoodLife for nearly a year, but the health club company has made no significant movement on the key issue of paid sick days.

“Forcing trainers to choose whether to pay their rent or work while they are sick or injured puts both trainers and our clients at risk,” says veteran trainer Eris Collins, a member of the Union’s bargaining team. “All workers need paid sick days.”

GoodLife presents itself as a “caring” company that prioritizes health and wellness. Jane Riddell, GoodLife’s Chief Operating Officer, has stated that, “People who are healthy and fit are more productive at work. They’re generally happier and they contribute more to society. We are in a unique position because we are a fitness company. So we believe in living fit, healthy lives, and we encourage all our associates to do exactly that.”

Despite this claim, the reality is that GoodLife does not extend WSIB coverage to its workers in Ontario, and with no paid sick days its trainers face potentially devastating financial costs if they miss work to recover from illness or injury, including workplace injuries.

“By not providing paid sick days, we believe GoodLife is prioritizing its own profits over the physical health and safety of its clients and its staff,” says Union Representative Adrie Naylor. “If companies as rich as GoodLife won’t address this issue, then we call on the Provincial government to force them to by legislating seven paid sick days for Ontario’sworkers.” This call echoes the demands of the Ontario Federation of Labour’s Make It Fair campaign and the Fight for $15and Fairness campaign, which Workers United is supporting.

The example of GoodLife personal trainer DeJanai Love, who suffered a concussion due to a workplace injury and was forced to take unpaid sick days before returning to work while still recovering, was raised at Queen’s Park in May by NDP Labour Critic and MPP Cindy Forster, who encouraged the Provincial government to legislate paid emergency leave days.

Trainers pounded the pavement through the streets of downtown Toronto, beginning outside Union Station, stopping at five downtown GoodLife locations on their way to Dundas Square to talk to members and the public about the negative impact of having no protection against the financial cost of being sick or injured.

Our campaign is gaining momentum and drawing attention all around North America. Two articles about our efforts to improve working conditions and negotiate a first contract with GoodLife came out today!

They’ve been published by a magazine based in the US called Labor Notes, which has been in print since 1979. They’re both online and the interview with trainers and bargaining team members Eris Collins, Danesh Hanbury, and Jason Lau will also be published in the September print edition of the magazine. Here are the articles:

Stickering Up for Paid Sick Days

On Wednesday July 12, 10 union members and GoodLife clients from the community group We Are Oshawa talked to clients outside the Rossland club in Ajax about some of the main issues impacting trainers. Specifically: the need for GoodLife to provide trainers with paid sick days and to fully compensate trainers for all of the work you do, including administrative work, scheduling, preparation and programming. Overall the clients we spoke to were very supportive of you and many stopped to talk despite the rain and signed a petition calling on GoodLife to address these issues.

We are disappointed by the news of cutbacks to the JUMP childcare program that many staff and parents rely upon. We will continue to organize to protect this vital service.

“We would like to see GoodLife keep all the JUMP programs open,” says Adrie Naylor, union representative with Workers United Canada, which represents 650 personal trainers at GoodLife clubs in Toronto, Ajax and Peterborough. “JUMP staff support GoodLife members and employees with young children who rely on this service in order to stay physically active and perform their jobs.”

CNW: Parents deserve to have a good life too: Gym members and staff upset about closure of child minding programs at GoodLife Fitness